Across all of these servers there's always cron jobs set up to do small things here and there - perhaps back something up, clean up some files, hell I even have one to cycle a switch port to avoid a bug / incompatibility with using a Cisco IP phone with FreePBX.

There's a few problems with this approach:

I've only been playing with Jenkins for less than 24 hours but I already rather like it, and have converted my home infrastructure to use it for job scheduling across linux servers.

Jenkins isn't really designed as a task scheduling server - but it does a rather good job.

You can define each job within Jenkins and use the SSH Plugin to execute a command on a remote server - essentially replacing cron.

It's useful to have a persistent storage volume so you can keep data between Jenkins deployments (if you want to update the container etc).

Navigate to the Manage Jenkins menu item and then the Configure System option.

There is a menu item for adding SSH hosts under SSH remote hosts. Here is one of the configuration of one of my hosts:

You can use a password or a public key, I'd always recommend using the key simply so you don't end up with a password in your configuration but it's up to you!

Go to the Jenkins main dashboard and select New Item. This will bring up the main page to create a job: 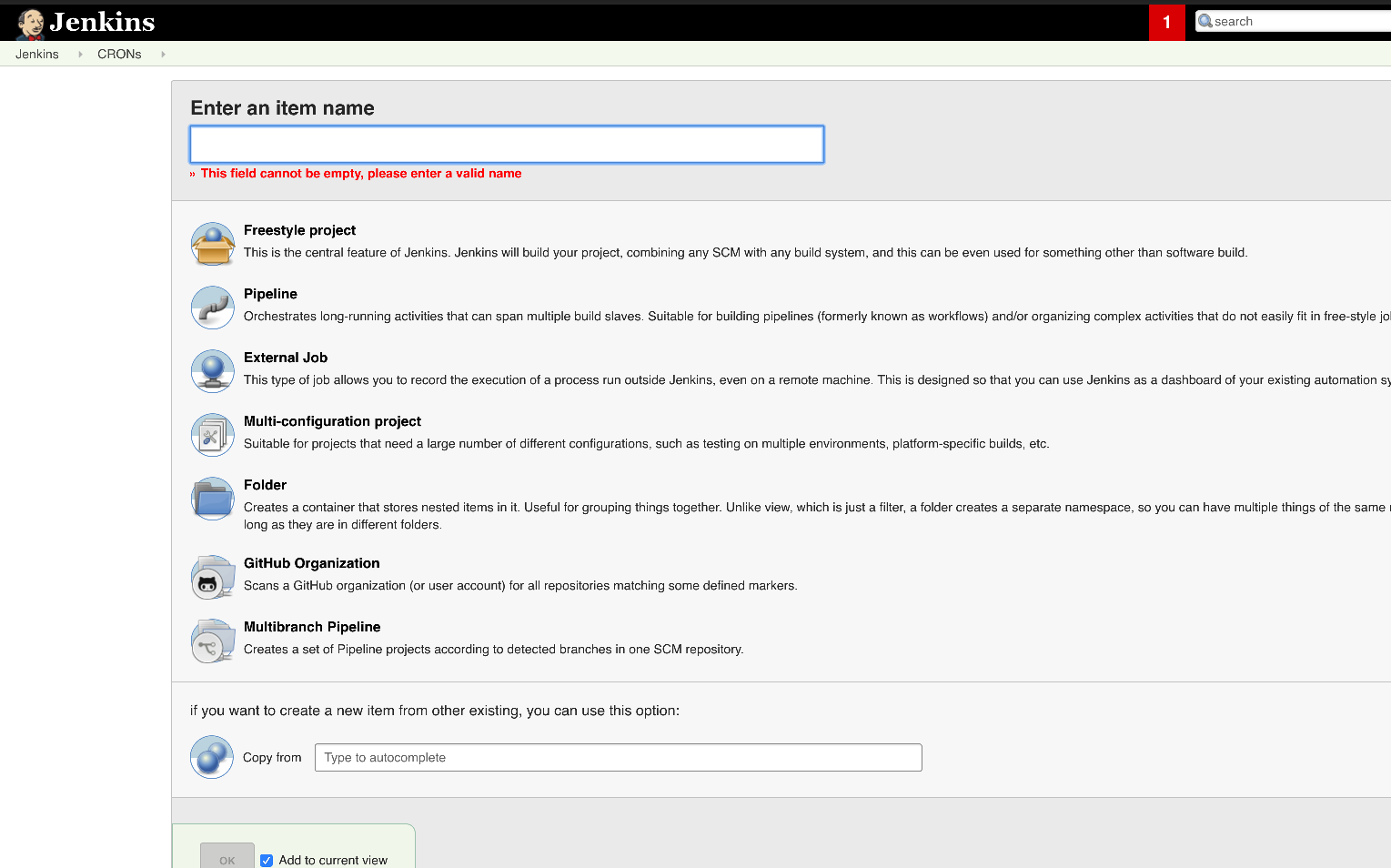 Give the item a name, and select Freestyle project from the list of options. Then press OK.

Above is an example of a job configured to run around 4am every day. The syntax is similar to that of cron, however it has an interesting feature with the H character. This represents a fixed random interval which is generated when the job is created but stays fixed for a predictable runtime. This essentially means you can schedule many jobs for around 4am, without them all kicking off at once and burning the CPU.

This particular job resets an IP phone by cycling a port on a cisco switch via SNMP every day. Jenkins does not have the SNMP libraries installed by default, so it SSH's to my observium instance which does, then performs snmpset commands:

These jobs can consist of anything, so use your imagination! Most of mine tend to be SSH sessions to a particular host then run some sort of bash command, if you're replacing cron then this is probably similar.

That's it really! Now when our jobs run we'll get a report if it fails via email, and we can easily see the status of various other builds along the way: e.g.: 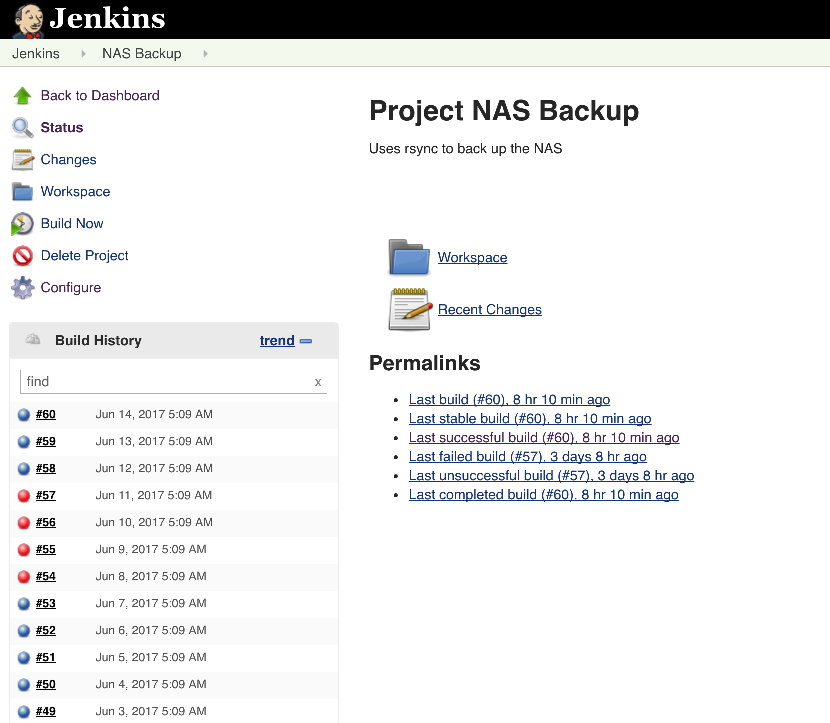 If we return to the dashboard we get a 'weather report' which indicates how successful the last 5 builds have been. This is great for a quick overview to how your jobs are doing:

IntroductionI've been using linux a long time, and know a pretty decent amount about it - however my fluency with some of the more 'slick' ways of doing things is pretty bad. Tmux is a 'terminal multiplexer' which means instead of relying on your favourite GUI tool to manage your

Preface: I've not posted in a while, and I don't usually post about things related to gaming. However for anyone that's ever played Space Station 13 documentation is essential! This post aims to be a guide for general bits and pieces related to the game: roles, server hosting, and general

Problem:OpenPYXL is a python library for parsing excel files. It's fantastic and works really well. Plenty of features are supported but my primary use-case is to simply read data from various sheets and convert the contents into a dictionary / list of dictionaries. The problem is, if you have a